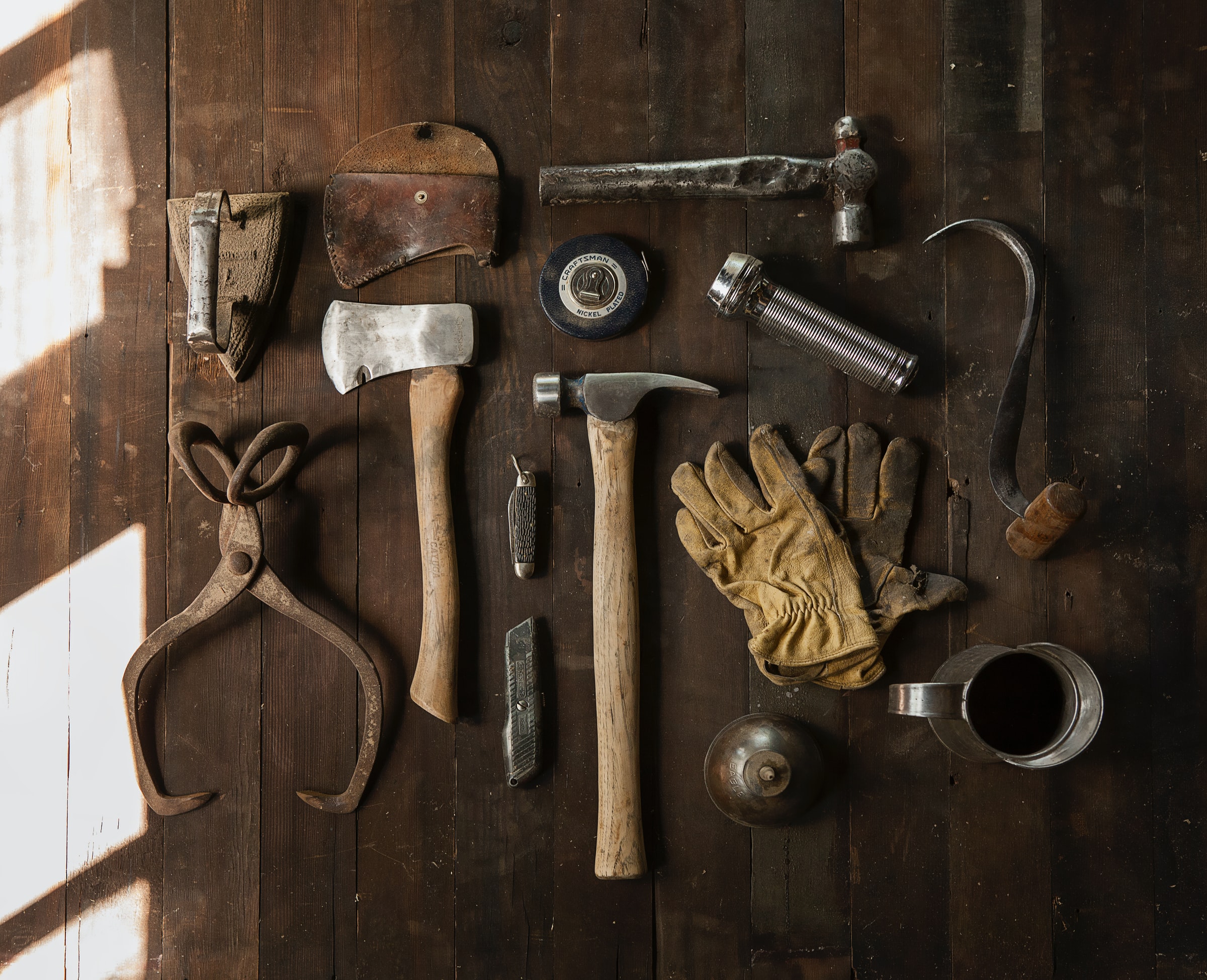 A Survey of RPC Discovery Tools
By clearbluejar
19 min read

Windows RPC has been a black box for me for some time. This post is an attempt to leverage analysis of open source RPC tools to pry open that box. I started by reading MSDN, getting bored and then bouncing between several detailed security and research blog posts. Reading was my first step down the road of Windows RPC comprehension, and it helped me understand RPC at a high level.

Microsoft Remote Procedure Call (RPC) defines a powerful technology for creating distributed client/server programs. The RPC run-time stubs and libraries manage most of the processes relating to network protocols and communication. This enables you to focus on the details of the application rather than the details of the network. -MSDN

RPC is a way to standardize security and communication across either local or distributed clients and servers. Used in services to provide a separation of privileges (as it supports impersonation) or as means to provide secure communication across a network through available transports. It is prolific in Windows and therefore useful to understand for auditing or researching Windows.

Here are some well-known ways to identify RPC within a binary.

These common ways, mentioned in 0xcarsten’s RPC post here, are also alluded to in MSDN under linking and registering endpoints.

Some of the less known ways include the walking of RPC data structures available both in the compiled RPC binary and in a RPC process memory at runtime. These methods, detailed below by tools like RpcView and NtObjectManager, provide the means to not only find RPC servers and clients but also derive the interfaces and procedures within the binary.

To begin, we survey the landscape a bit to understand each tool’s heuristic for RPC discovery. 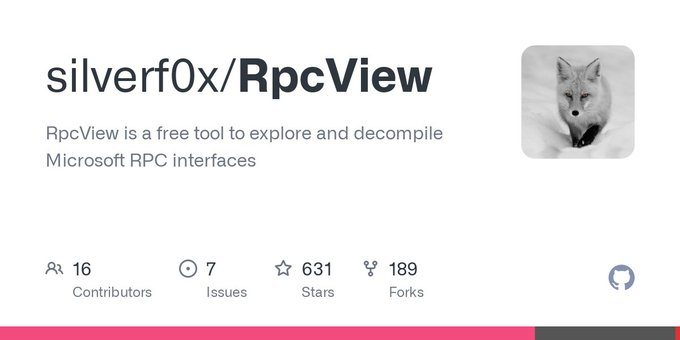 RpcView discovers RPC servers already running on your host. It takes a dynamic (runtime) approach to discovery. RpcView starts by enumerating every running process and discovers the RPC interface, endpoint, and AuthInfo for each of the running RPC servers it detects. Finally, it displays the results in a nice GUI. 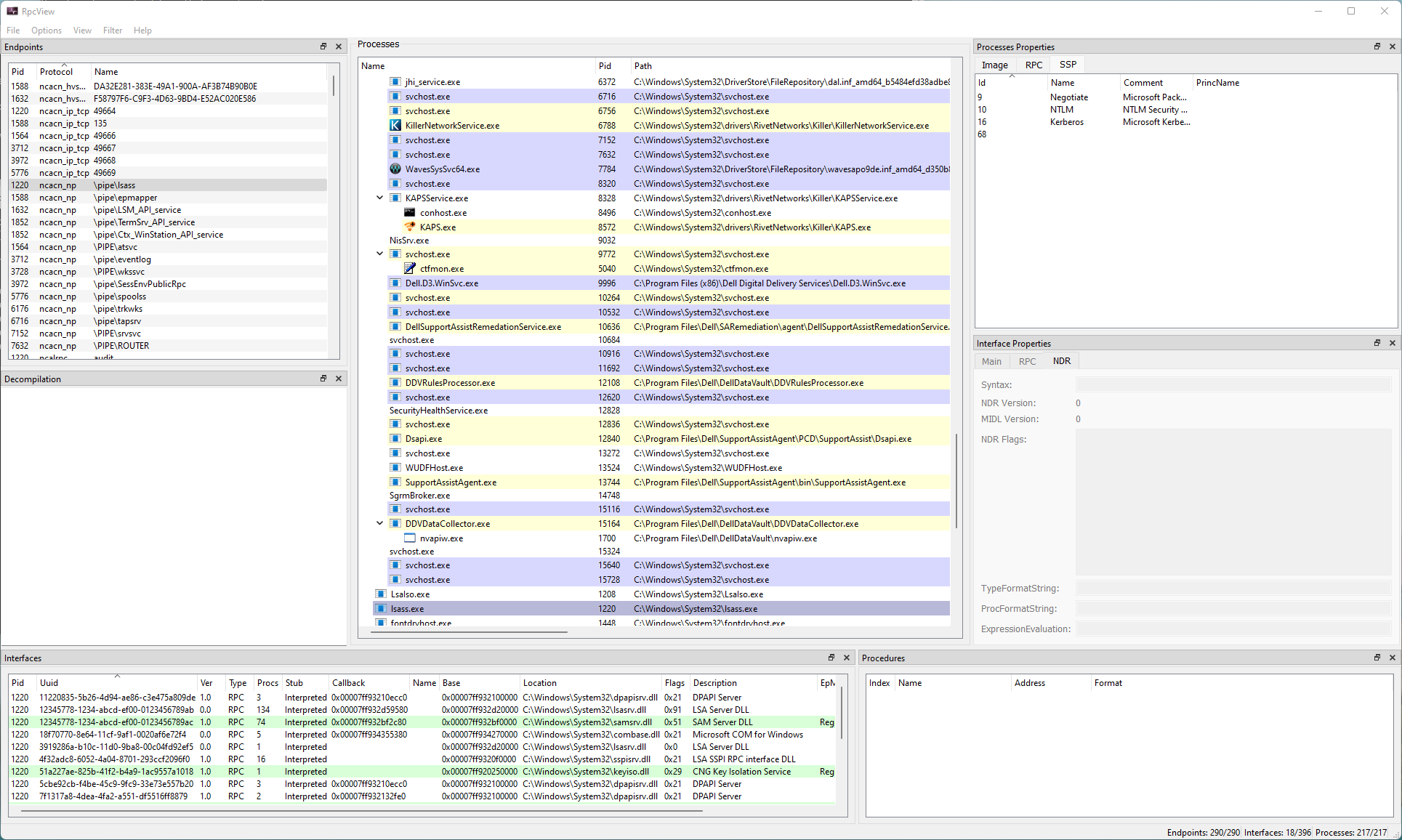 As far as I can tell by exploring the code related to enumerating interfaces is:

RpcView’s runtime approach to RPC discovery has both advantages and disadvantages. An immediate disadvantage that comes to mind is that perhaps a server isn’t running? It could be missed. Some RPC servers are activated by some distinct action or trigger. If an RPC server isn’t running, then RpcView is blind to it. The counter is that what you see is what you get. There is no mystery or time wasted trying to figure out how to trigger a RPC server, because it is already running.

An advantage to reading some of the RPC data structures at runtime is that it has access to interface registration flags and authentication info for the server. Some of the RPC specific information is not directly available in the compiled binary, IDL, or ACF file. When the server registers an interface, it passes a flag to the Windows APIRpcServerRegisterIf2. The registration flags configure the RPC server at runtime. 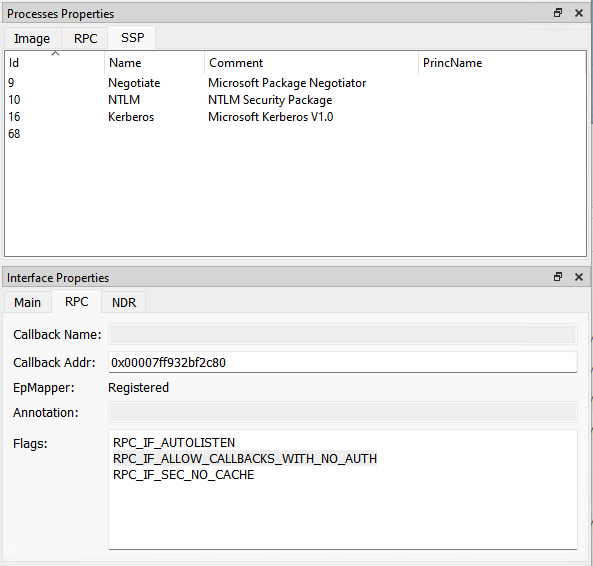 No other tool analyzed provides this information. This is helpful when trying to understand the connection requirements for a client binding to the server. 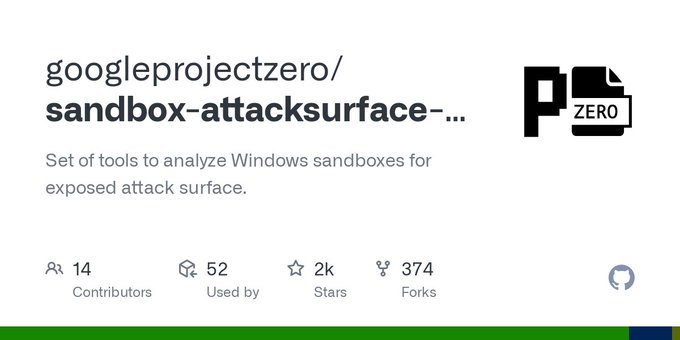 NtObjectManager is the PowerShell module that exposes several RPC discovery methods (such as Get-RpcServer) (backed by its supporting .NET managed library NtApiDotNet). NtObjectManager goes about discovering RPC servers (and even clients) a bit differently. It does not look directly at running processes, but rather it will parse a list of PE files that you feed it to attempt to discover if the binary is an RPC server. It will then load each of those PE files and parse NDR data structures (think _RPC_SERVER_T and _RPC_INTERFACE_T from RpcView) found with the data section of RPC compiled binaries. From the data structures the RPC interfaces, endpoints, and procedures can also be discovered as in RpcView.

The starting point for RPC server enumeration is the Get-RpcServer powershell cmdlet that takes a list of binaries as input to parse as RPC server objects.

This command does a heuristic search in a DLL’s data sections for RPC servers and clients and parses the NDR structures. You can use this to generate RPC server definitions similar to RpcView (but in my own weird C# pseudo-code syntax) but for this scenario we only care about the clients.- Finding Windows RPC Client Implementations Through…

For each binary it calls out to the static method [NtApiDotNet.Win32.RpcServer]::ParsePeFile within NtApiDotNet. This is where all the magic happens, or at least where it begins. You might want to grab a coffee before getting into this next section, or skip it entirely and check out the summary. Otherwise, brace yourself.

The code path for RPC discovery via [NtApiDotNet.Win32.RpcServer]::ParsePeFile can be summarized as follows:

Well, one thought it that my head hurts. My venture into RPC enumeration tools has led me down paths of C++ and C# that I didn’t know I could travel. But as for NtObjectManager the tool and its RPC enumeration capability, I like it. It is trivial to discover all the RPC on a machine, both servers and RPC clients alike. One current downside is that it doesn’t seem to parse out any of the AuthInfo or registation flags as RpcView reports. On the other hand, it doesn’t miss an RPC servers or clients if they can be found on disk. 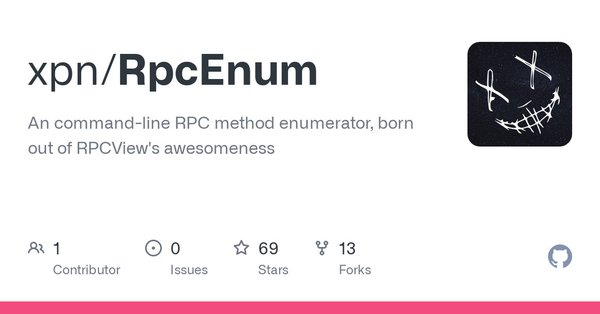 This tool is well described by @_xpn_. It is based on an RpcView runtime discovery and enumeration strategy.

The RPC::huntForGlobalRPCServer function mimics RpcView’s search for GlobalRpcServer. The project it much easier to understand, more straight to the point and not littered with callbacks to QT like RpcView. In hind sight, I should have started here to better understand RpcView. Some nice features include the ability to dump JSON files related to interfaces and their procedures as pointed out in the corresponding article, the ability to graph all the things and find links between RPC calls and Win32 calls within RPC server binaries. 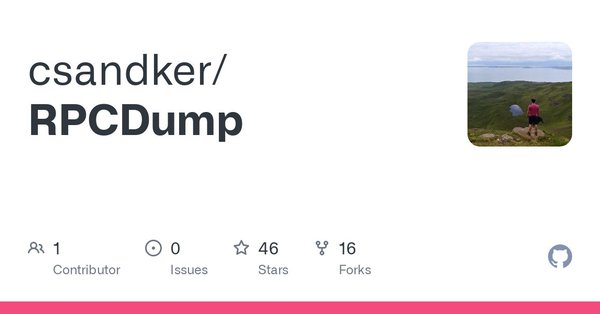 This is a dynamic tool by 0xcsandker that relies on an endpoint being registered by an RPC server via RpcEpRegister. During an RPC server initialization, the server would have had to call this function to make it known to the endpoint mapper.

The code follows a path iterating through each endpoint in the RPC endpoint mapper.

Another option is to query the Endpoint Manager directly by calling RpcMgmtEpEltInqBegin and iterating over the interfaces via RpcMgmtEpEltInqNext. 0xcsandker

One cool thing about the tool is that is adds known endpoints to its analysis to enrich the information related to the outputs. . The known endpoints seem to be a collection known by the author from various sources. 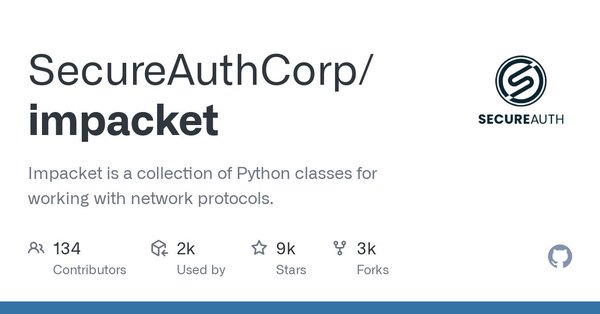 Nothing but good things to say about the impacket python library allowing fine grained control of packets for various network protocols. When learning how to use NtObjectManager exercising Petitpotam, I used @topotam77’s PetitPotam.py python implementation leveraging impacket as a control to make sure I understood the expected behavior for Petitpotam. This led to my blog post From NtObjectManager to PetitPotam.

The script, rpcdump.py is another tool that relies on the endpoint mapper having a registered endpoint from an RPC server. It also has the benefit of combining known endpoints with the RPC enumeration results to provide more information. 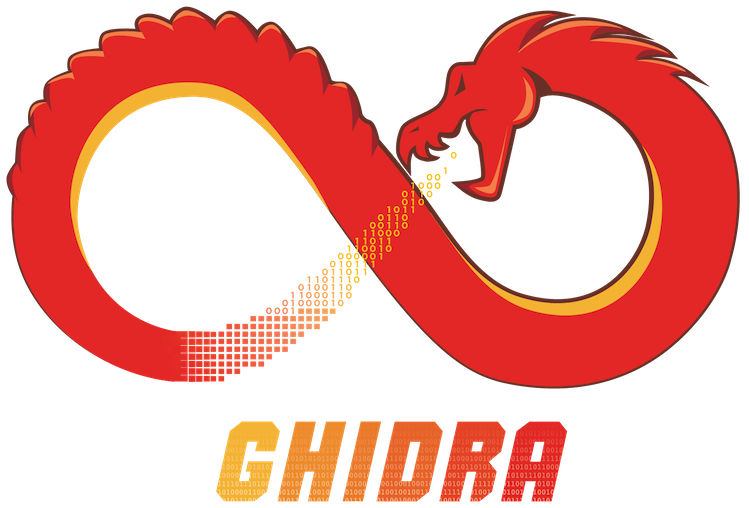 Ah Ghidra, the most cost effective SRE tool on the market. It doesn’t have any native RPC discovery or enumeration functionality that I am aware of, but it is often used in combination with the aforementioned tools to provide insight into RPC through reverse engineering or used as a part of suite of tools used to map Windows RPC calls to native Win32 APIs. @_xpn_ also provided a Ghidra python script that would leverage the JSON output from RpcEnum to discover the RPC procedures in binaries and then recursively dump the functions called by each procedure. 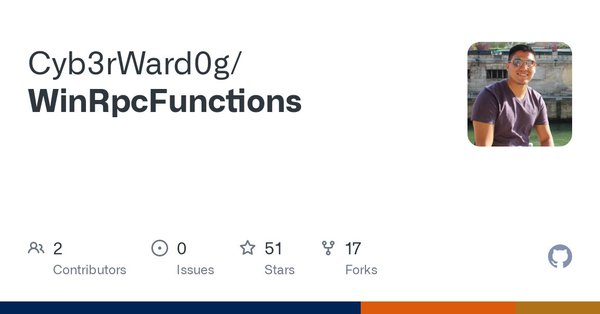 Another article Extending the Exploration and Analysis of Windows RPC Methods Calling other Functions with Ghidra, Jupyter Notebooks and Graphframes by @Cyb3rWard0g built on xpn’s work.

The researcher put both RPC enumeration and xpn’s recursive function discovery into a single Ghidra script. The script could then map all RPC functions to Windows API calls within various RPC servers on disk. Using the script, RPC enumeration and discovery can be performed in Ghidra with it’s ability to analyze binaries and enriched with PDB symbols. Due to the fact that each binary needs to be analyzed in Ghidra for the script to function, it can take quite a bit of time. To narrow down analysis to only RPC servers, Cyb3rWard0g leverages NtObjectManager initially to identify and generate the list of RPC servers to avoid analyzing more binaries than necessary. For further details on this cool idea check out the blog post.

It turns out there are several available tools to discover RPC on a Windows machine. I know I have not exhausted the list, but perhaps I came close. Each tool and technique has their own advantages and disadvantages. Here is a best effort on a summary.

When to use which tool?

The answer to this question is “it depends”.

That’s all for now. The next post will be an in depth walkthrough of using NtObjectManager to discover the well known PetotPotam.

Please reach out @clearbluejar with questions or comments. Also appreciate any feedback or corrections you might have for the post.

TL;DR - Windows RPC enumeration, discovery, and auditing via NtObjectManager. We will audit the vulnerable RPC interfaces that lead to PetitPotam, discover how they have changed over the past year,...

TLDR; This post will teach you how to leverage Ghidra’s FlatProgramAPI and Python 3 to generate function call graphs. Ghidra scripting with Python 3, powered by Pyhidra (via Jpype), provides robust...

TL;DR - This post will walk through the process of creating a Headless Ghidra Python VScode template. This is not recommended as the official language for Ghidra is Java and the supported IDE is Ec...